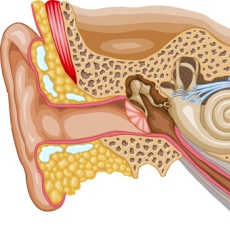 Meniere's disease is a disorder of the inner ear. It can cause severe dizziness, a roaring sound in your ears called tinnitus, hearing loss that comes and goes and the feeling of ear pressure or pain. It usually affects just one ear. It is a common cause of hearing loss.

Scientists don't yet know the cause. They think that it has to do with the fluid levels or the mixing of fluids in the canals of your inner ear. Doctors diagnose it based on a physical exam and your symptoms. A hearing test can check to see how it has affected your hearing.

There is no cure. Treatments include medicines to control dizziness, limiting salt in your diet, and taking water pills. A device that fits into the outer ear and delivers air pulses to the middle ear can help. Severe cases may require surgery.

NIH: National Institute on Deafness and Other Communication Disorders