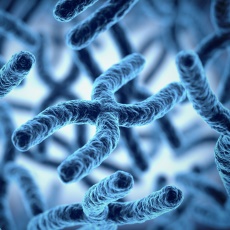 Genes are the building blocks of heredity. They are passed from parent to child. They hold DNA, the instructions for making proteins. Proteins do most of the work in cells. They move molecules from one place to another, build structures, break down toxins, and do many other maintenance jobs.

Sometimes there is a mutation, a change in a gene or genes. The mutation changes the gene's instructions for making a protein, so the protein does not work properly or is missing entirely. This can cause a medical condition called a genetic disorder.

You can inherit a gene mutation from one or both parents. A mutation can also happen during your lifetime.

There are three types of genetic disorders:

Genetic tests on blood and other tissue can identify genetic disorders.