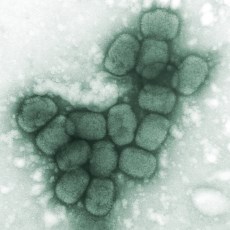 Smallpox is a disease caused by the Variola major virus. Some experts say that over the centuries it has killed more people than all other infectious diseases combined. Worldwide immunization stopped the spread of smallpox three decades ago. The last case was reported in 1977. Two research labs still keep small amounts of the virus. Experts fear bioterrorists could use the virus to spread disease.

Smallpox spreads very easily from person to person. Symptoms are flu-like. They include

There is no treatment. Fluids and medicines for pain or fever can help control symptoms. Most people recover, but some can die. Those who do recover may have severe scars.

The U.S. stopped routine smallpox vaccinations in 1972. Military and other high-risk groups continue to get the vaccine. The U.S. has increased its supply of the vaccine in recent years. The vaccine makes some people sick, so doctors save it for those at highest risk of disease.