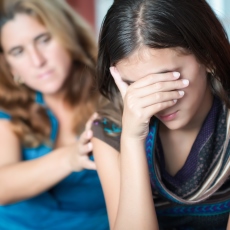 All kids misbehave some times. And some may have temporary behavior problems due to stress. For example, the birth of a sibling, a divorce, or a death in the family may cause a child to act out. Behavior disorders are more serious. They involve a pattern of hostile, aggressive, or disruptive behaviors for more than 6 months. The behavior is also not appropriate for the child's age.

Warning signs can include

If you see signs of a problem, ask for help. Poor choices can become habits. Kids who have behavior problems are at higher risk for school failure, mental health problems, and even suicide. Classes or family therapy may help parents learn to set and enforce limits. Talk therapy and behavior therapy for your child can also help.