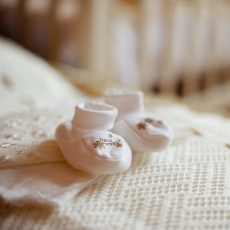 Sudden infant death syndrome (SIDS) is the sudden, unexplained death of an infant younger than one year old. Some people call SIDS "crib death" because many babies who die of SIDS are found in their cribs.

Although health care professionals don't know what causes SIDS, they do know ways to reduce the risk. These include